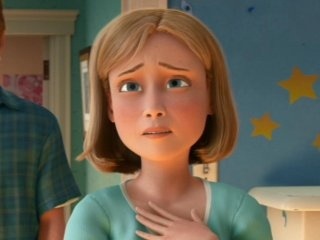 Everybody’s read one; ‘James Bond’ is a codename for multiple MI6 agents; Lebowski’s Donnie is an imagined personification of Walter Sobchak’s PTSD; The Matrix was created by humans to control technology; there are hundreds of these things out there, shared and swapped everywhere from messageboards to mainstream articles. Most of the time they’re fairly bonkers and good for a giggle, but collapse under any real scrutiny (The Dude talking directly to Donnie in TBL being a prime example).

But every once in a while, one comes along that not only makes sense… but kind of changes your perception on a whole movie (or in this case, trilogy). Click on through to find out why Andy’s Mom is really so important to the Toy Story saga (clue: she’s responsible for one of the saddest songs in the history of film).

(Thanks to Anto for the link)